Posted on Wednesday, May 4, 2011 by Sean Patrick Hazlett 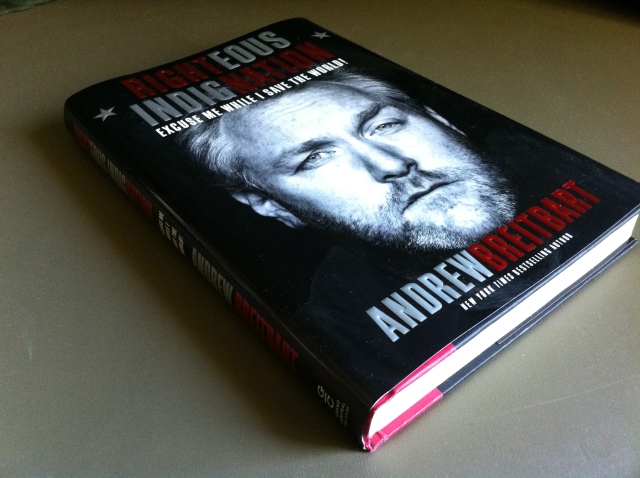 Righteous Indignation: Excuse Me While I Save the World is Andrew Breitbart’s rallying cry to conservatives to fight against the institutional left and the liberally-biased mainstream media. It provides entertaining anecdotal accounts of hypocrisy among liberal institutions (e.g., ACORN) and the media. It also provides detailed tactics that the right can use effectively against the left. While entertaining, Righteous Indignation is more Bill O’Reilly than William F. Buckley, Jr., though higher brow than Michael Moore and less angry than Ann Coulter.

Andrew Breitbart writes in a straightforward, easily accessible manner. He chooses his examples well, and provides some very colorful anecdotes about the hypocrisy of the institutional left. Particularly interesting is his detailed account of how he leaked James O’Keefe’s ACORN videos one by one, so that the organization would unwittingly hang itself.

One of the book’s flaws is its underlying conspiratorial tone. There is no doubt that the left has plenty of hypocrites. However, the book sometimes comes off as the right’s version of Hillary Clinton’s “vast right-wing conspiracy.” The book also appears to be a bit too colloquial for my taste. For instance, one chapter is called, “Hey, Old Media: It’s Not Your Business Model That Sucks, It’s You That Suck.” While I may agree with this sentiment, I would not have made my point quite so crassly.

I rate the book’s entertaining, but colloquial style a 7.5 out of ten.

For the most part, the author organizes the book chronologically. The book’s numerous anecdotes are relatively straightforward and easy to follow. The book’s organization is logical, but the chapter titles do not adequately describe the content of each chapter at a glance. Overall, the book receives a rating of 8.0 out of ten for structure.

Righteous Indignation is an irreverent account of Andrew Breitbart’s exposure of the left-leaning media’s hypocrisy primarily through the release of the James O’Keefe’s ACORN tapes.

The book also contains an account of Breitbart’s early, hedonistic years at Tulane and his ultimate “conversion” to conservatism.

It also provides a historical analysis of what Breitbart considers to be the American left’s intellectual origins, beginning with the Frankfurt School in the early twentieth century.

Lastly, and most importantly, it includes a rallying cry to conservatives, who are angered by the left’s apparent usurpation of the mainstream media.

This book will likely really resonate with most conservatives. Breitbart’s yarn about how he and James O’Keefe took down ACORN is inspiring. His passion for limited government and exposing left-wing media bias shines throughout the book. I rate the book’s sentiment a 10.00 out of ten.

Breitbart’s book will likely be a commercial success because it is colorful, interesting, and entertaining. That said, I do not think it will cause any empires to rise or fall. Therefore, it only rates 6.00 out of ten in terms of significance. 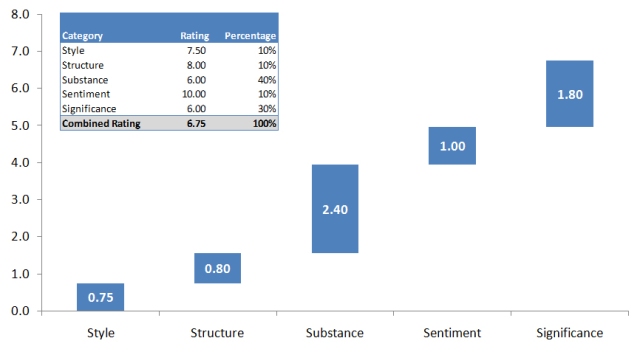 The book’s overall rating is 6.75 out of ten, after assigning the appropriate weights to each item. If you are conservative, want a quick read, and want to get fired up, Righteous Indignation fits the bill. If you are liberal and need an excuse to go nuclear, you should also read this book.

11 Responses to Righteous Indignation: Entertains and Rallies the Troops