Since 9/11, the United States military has changed in several fundamental ways. Here are just a few of them:

A comprehensive chart outlining many of these key differences is included below: 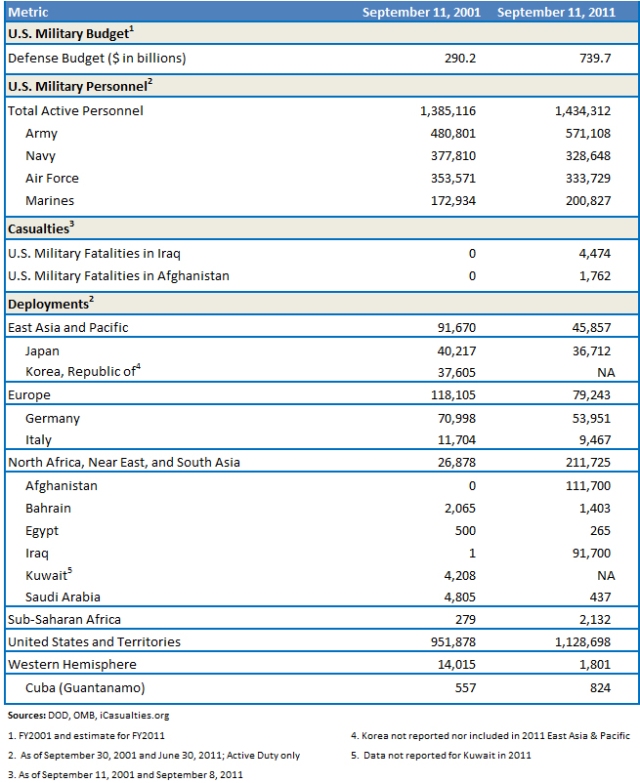