I planned to conduct some ad hoc interviews with participants following the march. Sadly, they were all gone by the time I got off work (sigh).

That said, I’ve attached some photos I captured of today’s march to give people a sense of its size and scope. 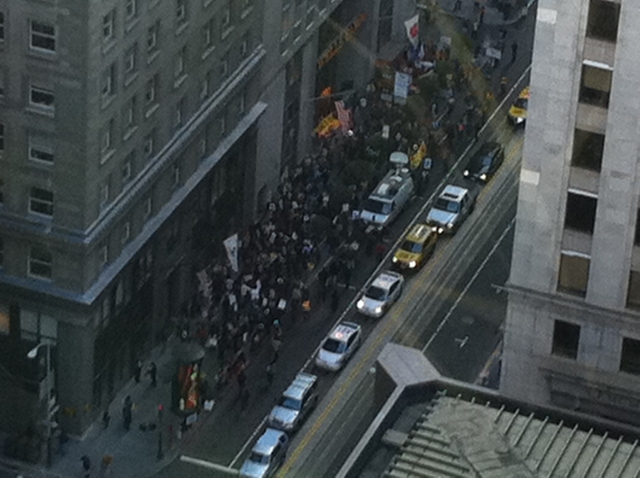 Close up of Protestors at Wells Fargo Bank, Source: ©2011 Reflections of a Rational Republican

Media or Police Chopper in Observing Protest, Source: ©2011 Reflections of a Rational Republican