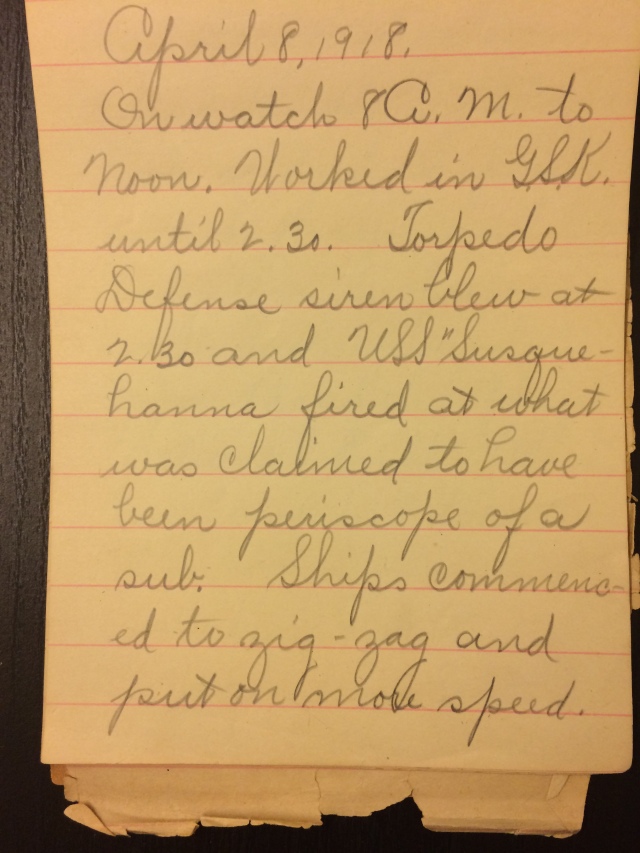 Worked in G.S.K. until 2.30 and U.S.S. “Susquehanna” fired at what was claimed to have been periscope of a sub. Ships commenced to zig-zag and put on more speed.

One of the soldiers died at 3 P.M. as the result of pneumonia; was buried at 5 P.M. Army chaplain spoke, DeKalb band played “Lead Kindly Light” and “Rock of Ages”; Chaplain said a prayer and body thrown overboard while bugler played taps. Band then played “National Emblem March.”