“The most dangerous place to stand in Washington is between Chuck Schumer and a  camera.”
— Unattributed saying about Senator Chuck Schumer

Every election cycle, I get various fundraising letters from both political parties.

I always understood why I received them from Republican candidates.

I am a Republican.

However, for some strange reason, I also receive these letters from the Democratic Party as well.

Perhaps it’s because I live in California

What is more absurd is that these letters frequently address me as “Dear fellow Democrat.”

Last week, I received one such letter from Senator Charles Schumer, and it was hilarious.

And I thought the extreme right was crazy. 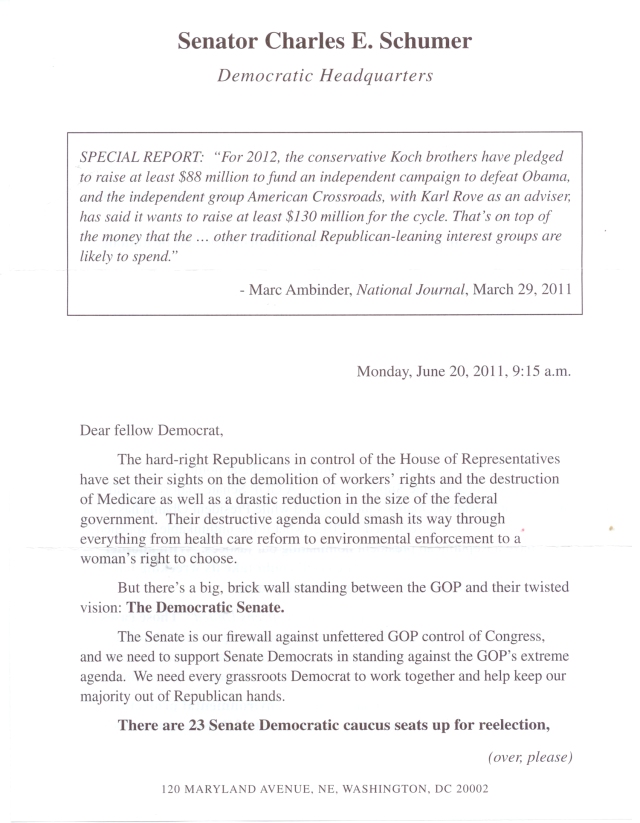 You have to admit, the hyperbole is quite entertaining.

Republicans also send their own hyperbole out to the masses, but they never sent me a nifty writing pad that said “Silence Democrat Lies.”

Perhaps the next slogan the Democratic Party sends me will say, “Burn GOP Books.”