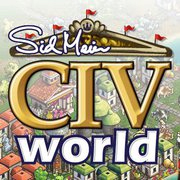 “Hell is other people.”

When I first saw this article on CNN, my heart almost skipped a beat.

In my opinion, “Civilization” was one of the most addictive games of all time. It allowed players to start a new civilization from scratch, and build it into a technological powerhouse that ultimately launches a space expedition to Alpha Centauri.

Alas, my hopes were quickly dashed by Facebook’s ritualistic emasculation of the original game.

Here is CNN’s description of the fundamental difference between the new “Civilization World” and the classic game:

“In ‘Civilization World,’ the idea of world domination still exists, but players can no longer control their own destiny and must rely on others to band together for success. It is a mind shift for longtime fans of the series, and one that requires changing strategies on the fly.”

Relying on other people.

Other than in the Army, I cannot honestly say that relying on other people has ever helped me achieve much of anything. In fact, it many cases it has led to betrayal, resulted in disappointment, or simply held me back.

Why? Because people always act to maximize their own interests, and will typically pursue those interests regardless of whether or not they hurt others around them.

“Civilization” was a fun game precisely because it did not involve other people.

I prefer the clarity and accountability of a traditional hierarchy. It is  far more efficient and features far fewer chiefs.

Plus, contrary to one former manager’s advice, we are not all quarterbacks. I mean, have you ever heard of a successful football team in which everyone was the quarterback?