Did Obama Help or Hinder the Recovery? Dueling Campaign Narratives

Today, I came across a variation of the employment chart below in an Obama campaign ad. In this ad, the old adage holds: There are “lies, damned lies, and statistics.” In this campaign season, this truism will likely apply to both parties.

If the chart above is the Obama administration’s distortion of its record – after all, no one can credibly claim that all is well with American employment — the chart below will likely be the right’s version of reality. This version is also a distortion. After all, President Obama did inherit an economy in free fall. 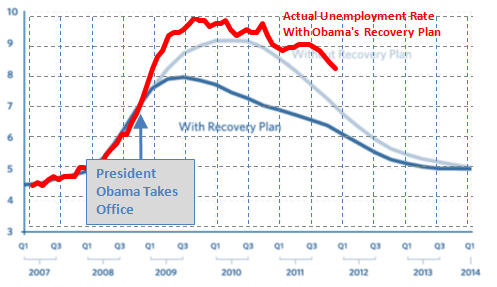 29 Responses to Did Obama Help or Hinder the Recovery? Dueling Campaign Narratives