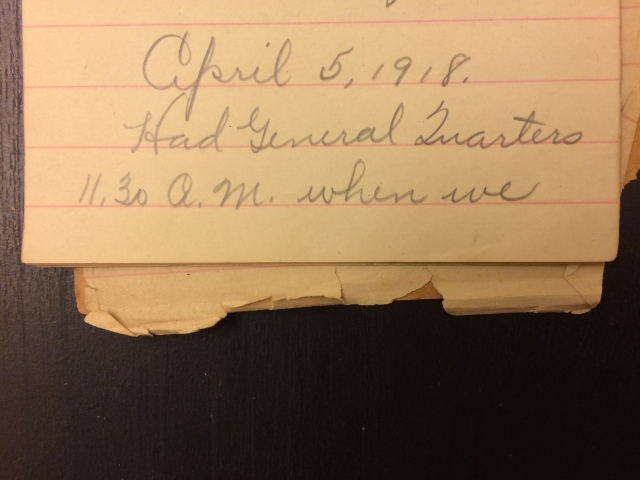 Had General Quarters 11.30 A.M. when we sighted a two master which would not show recognition signals, but carried American flag.

The U.S.S. Frederick fired a shot across her bow and gave chase, and after satisfying herself that she was an American ship, returning to convoy.

Rain and wind storm came up at 4 P.M. 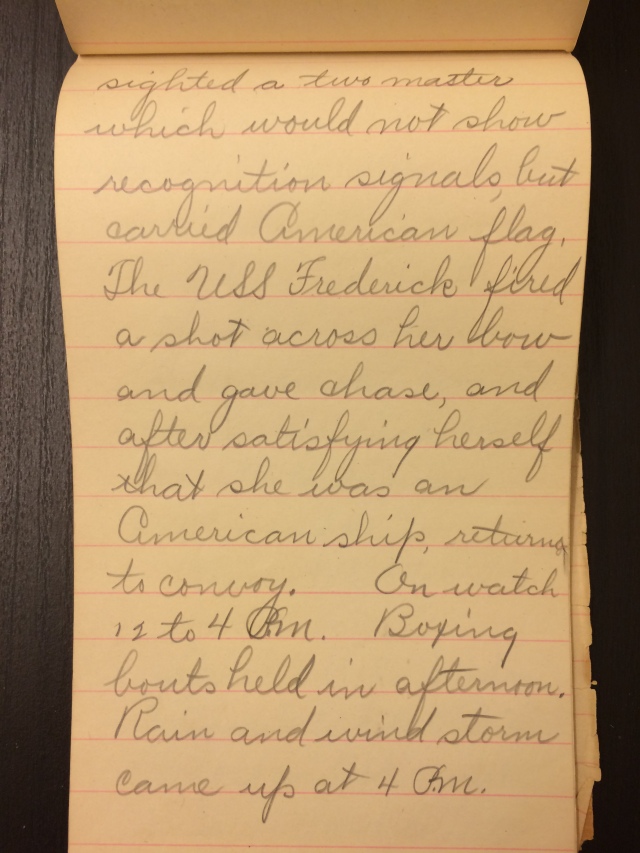