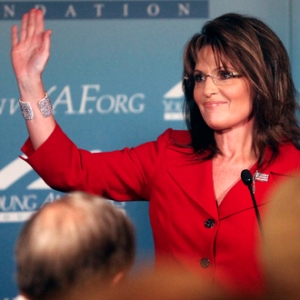 Just when I thought the field of Republican Presidential candidates could not get any worse, The New York Times speculated yesterday that Sarah Palin may be seriously considering a Presidential bid.

This is not the first time a major media outlet has suggested that Palin may run, and it will not likely be the last.

Either way. Be afraid. Be very afraid.

I have nothing personal against Mrs. Palin. I just do not think she possesses the necessary qualifications to be President.

While she certainly has more executive experience than President Obama did before he ran for President, she failed to finish her first term.

And to be blunt, I do not think she has the analytical firepower to be a great President.

She is certainly very attractive and charismatic, but I value analytical firepower in my leaders far more than I do charisma.

That said, if forced to choose between President Obama on the one hand, and Sarah Palin on the other, I think I will just sit home.

Mrs. Palin, please, for the good of your party, stick to a very successful and prosperous media career.

12 Responses to Palin Is In?