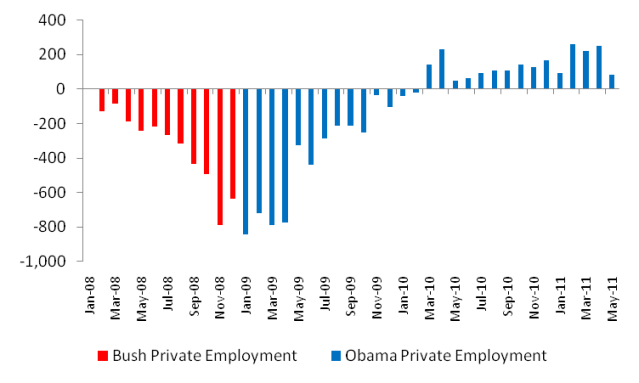 I posted an article last month that compared the unemployment rate under President George W. Bush with the unemployment rate under President Obama at that time. I felt compelled to publish this article because some left-leaning sites were comparing Obama’s first two years and four months in office with Bush’s last and worst economic year (the above chart shows the most recent incarnation of this narrative).

In light of yesterday’s jobs numbers and the fact that both liberals and conservatives have been using my charts in flame wars, I decided to continue the tradition and post an update.

More bad news is that the seasonally adjusted unemployment rate actually ticked up in May from a whopping 9.0% to an even worse 9.1%. This number is 1.8 percentage points worse than President Bush’s last full month in office in December 2008. 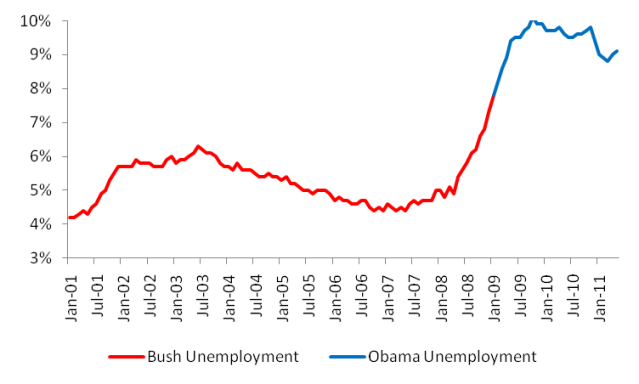 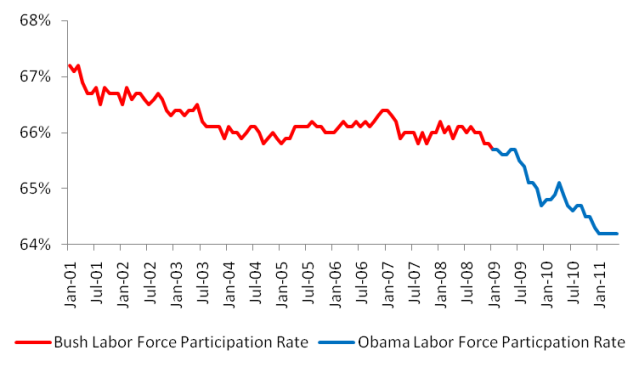 Therefore, the unemployment situation is even worse than it appears, because it does not account for people who have been forced to exit the labor market because they can not find jobs. 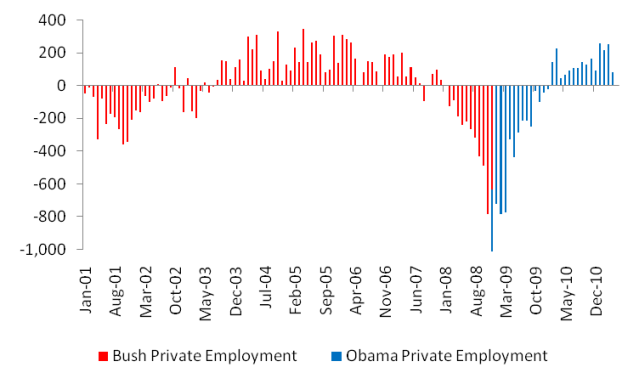