Wireless picked up report of a running fight between a sub and a tramp steamer in which one man of the gun crew on the tramp was killed by shell fire from 6-inch deck gun on the sub. Steamer finally outdistancing the sub after a long chase.

Wireless also picked up S.O.S. call from a tanker which was sunk. No details as to survivors.

Four more torpedo boat destroyers reported on way to meet us. At 5.30 P.M., they reported sighting a sub, 16 miles ahead, and directly in our path. All speed was put on, in order that convoy would pass the spot before sunset, the easiest time for subs to operate.

Passed the spot in safety, and shortly afterward passed a one stacker going west. Two torpedo destroyers went out, met, and inspected it, then to anchor inside of nets and minefields sometime tomorrow.

Turned in a 9 P.M. Night very dark. Could hardly see other ships. 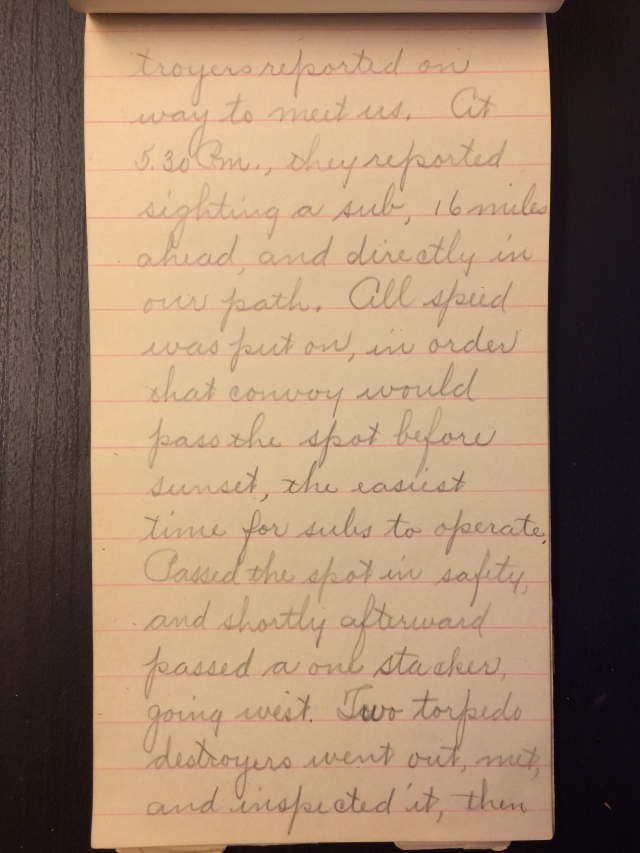