Worked in Storeroom all morning.

Between Belle Isle and life buoy, sighted wake of a sub, then periscope visible every few seconds, about 3,000 yds. from us. Disappeared around southern end of island.

Sighted masts of a sunken four-master off eastern coast of Belle Isle at 12.30 P.M. Passed a sunken two masted schooner, of which masts were visible, in Quiberon Bay. Schooner was sunk by a mine. Also passed a sunken French transport just outside St. Nazaire. This ship was sunk by a Zeppelin in an air raid, at beginning of war. 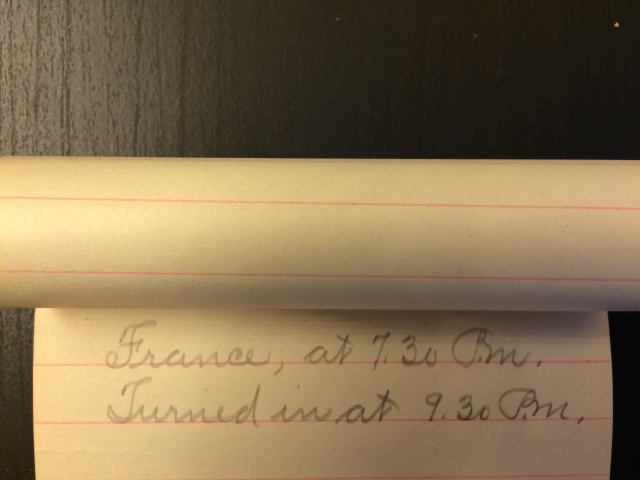