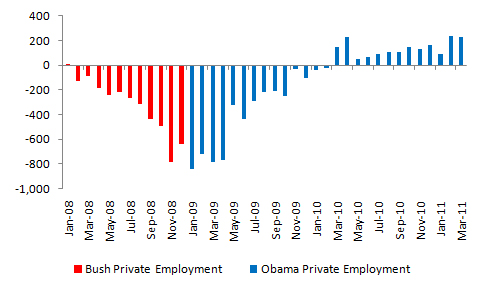 Some left-leaning sites have pointed to the chart above as a sign that Obama’s economic policies are a smashing success  because total private sector employment has consistently increased in the last thirteen months.

However, the problem with this chart is that it misleadingly shows Bush’s last year in office, his worst year, as a foil to Obama’s first two years and three months in office.

However, the unemployment rate is currently a whopping 8.8% and it still has not declined to President Bush’s 7.3% high in December 2008. 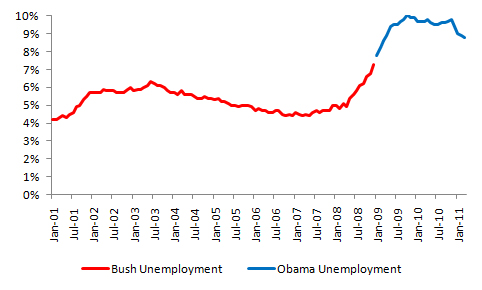 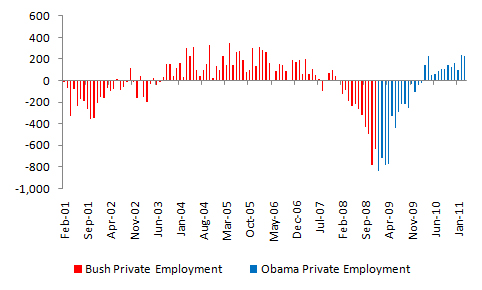 The point of this argument is not to assess blame on either administration’s policy. It simply puts the left’s claims in perspective.